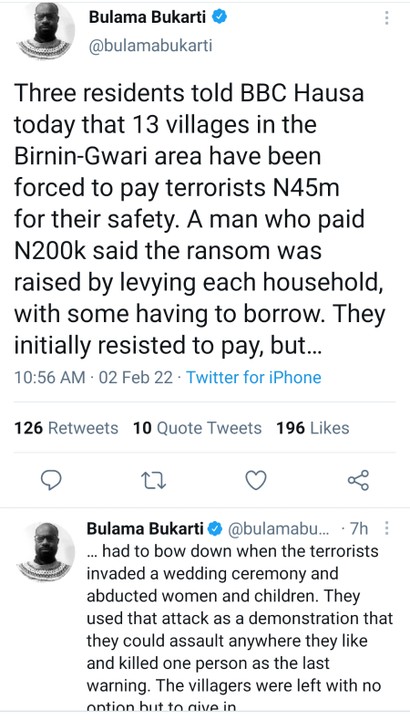 Three residents told BBC Hausa today that 13 villages in the Birnin-Gwari area have been forced to pay terrorists N45m for their safety. A man who paid N200k said the ransom was raised by levying each household, with some having to borrow. They initially resisted to pay, but had to bow down when the terrorists invaded a wedding ceremony and abducted women and children.

They used that attack as a demonstration that they could assault anywhere they like and killed one person as the last warning. The villagers were left with no option but to give in.