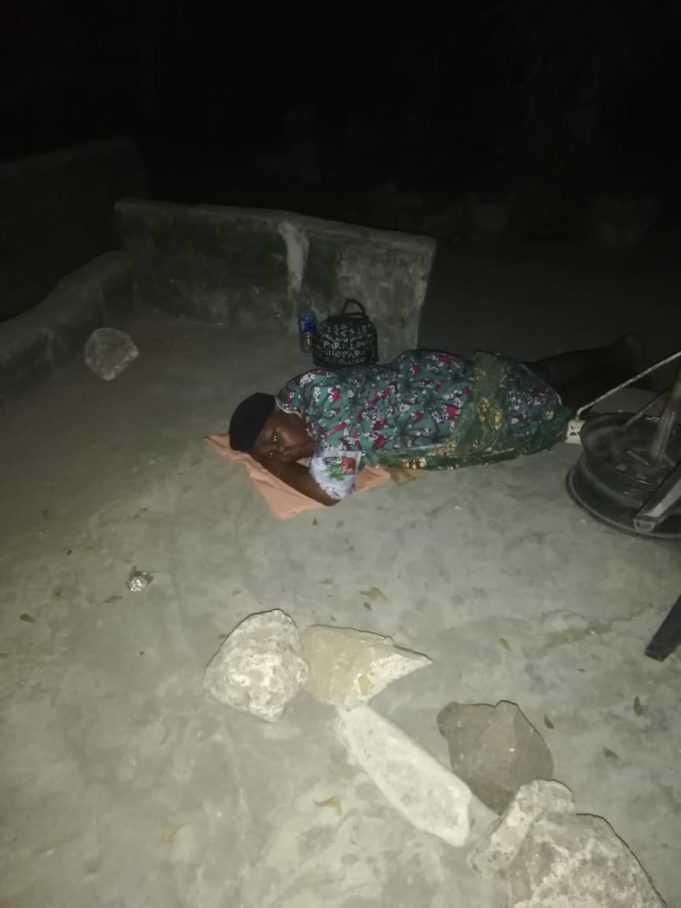 A Twitter user has shared a saddened story of a 65-year-old woman identified as Florence Owanogo who was deported from the UK after 25 years only to return to Nigeria and see her house sold by her tenant.

The social media user identified as @diixixme claimed that he met the woman sleeping under the bridge where he offered to seek help for her.

According to the concerned man, the woman was allegedly locked up for three months by the Nigeria Police Force while trying to get her apartment back.

Read that narration below, “I saw this woman yesterday, at Festac 5th avenue by 51 roads sleeping around 5th avenue t junction I thought she’s madwoman someone told me she’s not mad I decided to meet her this night & ask here the problem she begins to tell me her story in brief that she was deported from the UK And her tenant sold the house, she reported the case to Police, Police compromise the case and take her to detention she was detained for 3 months I really pity her because her situation needs serious attention so, I decided to collect her number and bring her case here.

“Her name is Florence Owanogo, 65 years old anyone that is willing to help should come to festac 5th avenue by 51 road junction where she now sleep and her house address that was sold is house 23 M close 5th avenue.

“She spent 25 years in the UK struggling just imagine this kind of wickedness I said to her ma’am, all I can do for you is to take your case to social media we might find someone to help she said is alright & I asked for her permission to snap her she said is alright.”