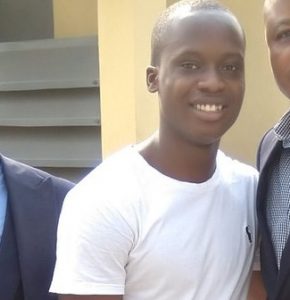 The man, who looks really young, was allegedly picked up by police while he was on his way home and was put in prison two years ago.

The release of a young man randomly picked by the police while on his way home has been secured.

He was released after 2 years in prison following the effort Nigerian lawyer/activist Malachy Odo.

The young man was set free today by the Surulere Magistrate court, according to information shared by Odo on Twitter.