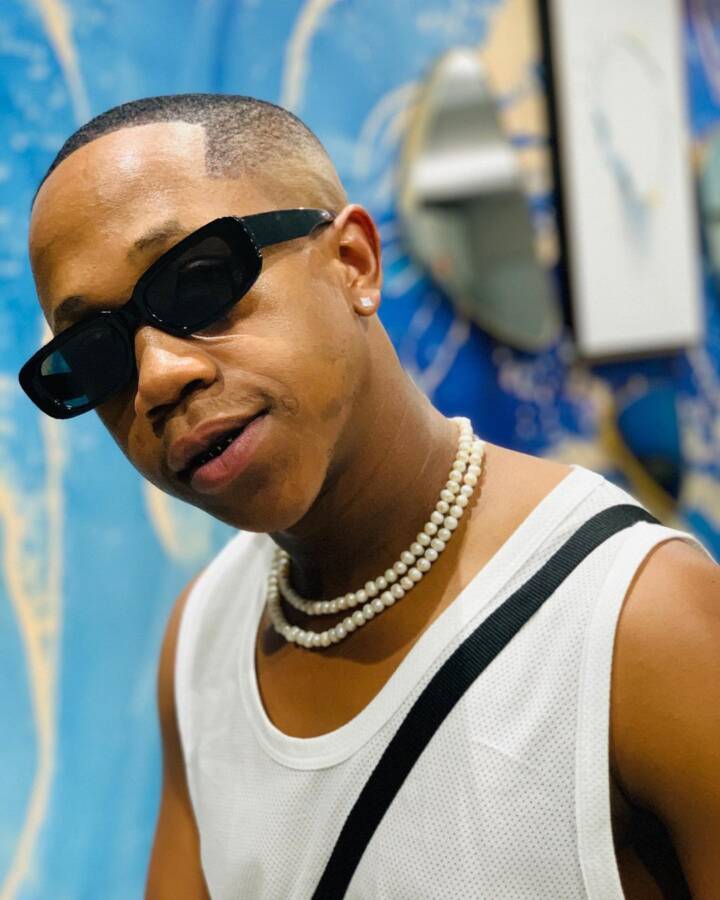 Amapiano singer Young Stunna is one of the voices of the moment. His sudden rise, as well as relevance, in the industry, is due in part to the contributions of the de facto King of Amapiano, Kabza De Small.

His rise has been so surprisingly fast that he’s still in shock about it all. And he’s more than grateful to Kabza De Small. In a tweet, he noted that 2021 was more like a magical year because, for the first time in his life, he got paying gigs that year.

He also got to work with some of his role models and it means a lot to him. With 2022 already here, the dream is to not only work harder but to achieve more. You can check out his post below. 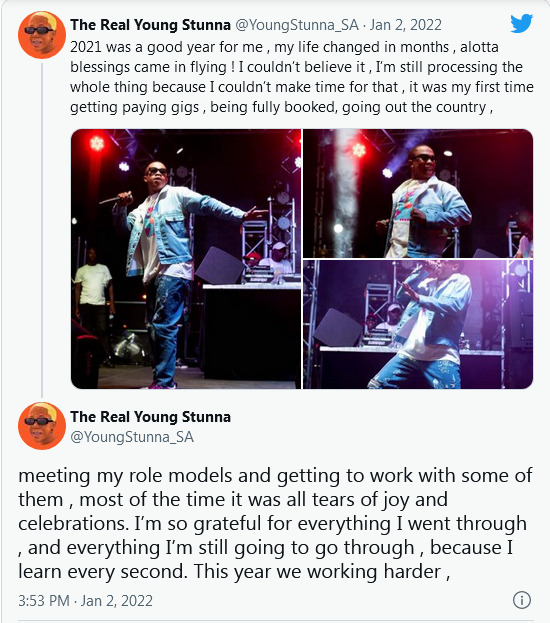 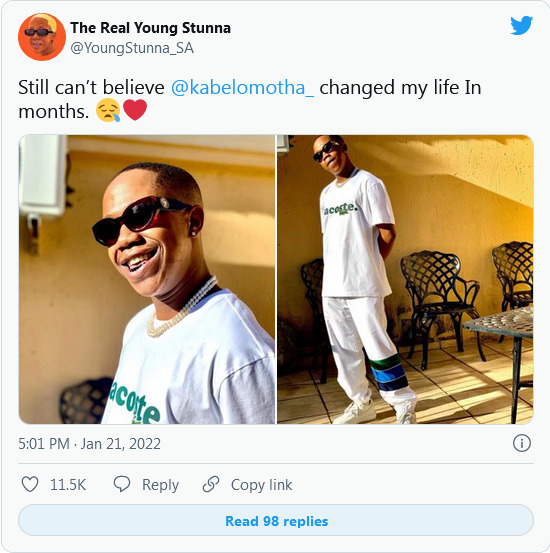 For context, Young Stunna may have had musical dreams and recorded songs, but it wasn’t until 2021 that h blew into the open. Also, his success rubbed off on others as well, bringing them to prominence.