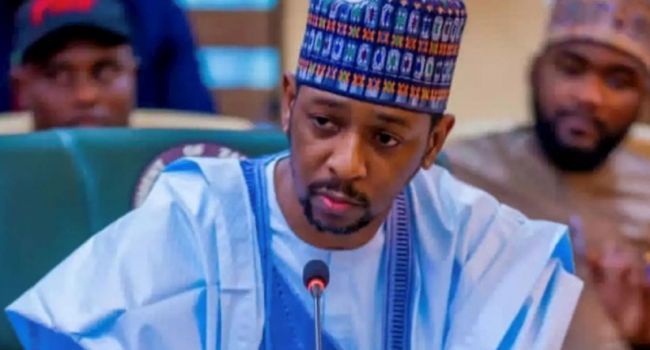 The impeachment saga involving the Zamfara State Deputy Governor, Alhaji Mahdi Aliyu-Gusau, has taken another twist as the State House of Assembly has accused some of the lawmakers of taking bribes in dollars to thwart the process.

Chairman of the House Committee on Information, Shamsudeen Bosko, who disclosed this on Tuesday, said the House has begun investigating some of its members who were allegedly involved in collecting bribes to thwart the impeachment process.

“The Zamfara State House of Assembly has agreed that some members received hard currency to shelve the impeachment of the deputy governor, and we are investigating them, and we will make our findings public,’’ Bosko said while addressing newsmen after plenary at the Assembly complex in Gusau, the state capital.

Bosko however, insisted that the impeachment of Aliyu-Gusau would go on notwithstanding any court pronouncement against it.

“No court can stop the impeachment of the Deputy Governor because it’s process is in line with section 188 (5) (7) of the country’s 1999 Constitution.

“At the moment, 18 of the 24 legislators have voted in favour of the impeachment following allegations of financial misconduct, insubordination, and failure to perform assigned duties filed against Mahdi Aliyu-Gusau.

“So we don’t see any court in this country that can stop his impeachment. The lawmakers who collected bribes from him cannot stop the impeachment process. It is just a matter of time before the Deputy Governor is removed,” Bosko said.