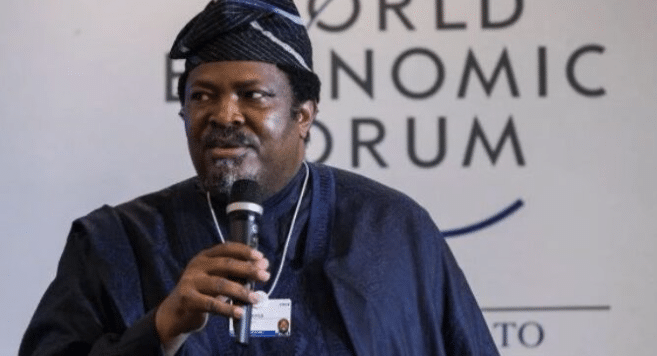 2023: The 2022 Committee Speaks On Working For A Presidential Aspirant

An association of business, political, civil society, and thought leaders, The 2022 Committee, has denied working for the emergence of a certain presidential aspirant.

Naija News reports that the committee made this known in a statement issued on Wednesday and signed by Kashim Imam and Nduka Obaigbena.

The 2022 Committee dismissed speculations that it is working for the Governor of the Central Bank of Nigeria (CBN), Godwin Emefiele, to emerge as the next President in 2023.

It noted that candidates are chosen by political parties, stressing that the Committee does not have the constitutional power to elect a presidential candidate.

The Committee, however, warned against attempts to link it with candidates or political parties for the 2023 elections, adding that it is only interested in the quality of leadership that will emerge at all levels.

The statement revealed that the committee held a meeting in Lagos between last Friday and Sunday, which was attended by 14 serving state governors, 13 former governors, as well as three former Senate Presidents.

The statement reads: “100 leading business, political, civil society and thought leaders met in Lagos over the last weekend from February 4-6, 2022 under the aegis of The 2022 Committee, in a non-partisan retreat, to map a new consensus for national rebirth. The attendance list included 14 current Governors and 13 former Governors as well as 3 former Senate Presidents,” the statement reads.

“Working in 3 Sub-Committees of National Security, The Economy and Nigeria in Transition, the participants recognised that there is an urgent need to seek common ground and irreducible minimum actions to stabilise the polity at this critical time of transition.

“The meetings will continue, as we work with Federal and State Governments, current and future political leaders of all political persuasions, as well as other eminent patriotic citizens, for the greater good of the Nigerian people.

“All the 100 leading lights of the 2022 Committee have the capacity for national leadership; indeed, amongst the very active participants in the work of the Committee are over 7 persons, from 3 or more political parties, who have already publicly declared their aspiration to lead the country but are desirous of working with other patriots for non-partisan greater national goals. We must have a secure, peaceful and united nation before we can have candidates for political offices.

“The Committee believes that what Nigeria needs today is for all patriots to come together to rescue our nation from all political, economic and security threats, and promote the unity of Nigeria. We call on all patriotic volunteers, who are willing and able, to join this collective effort to stabilise the system so we can all build a new Nigeria we can all be proud of.”