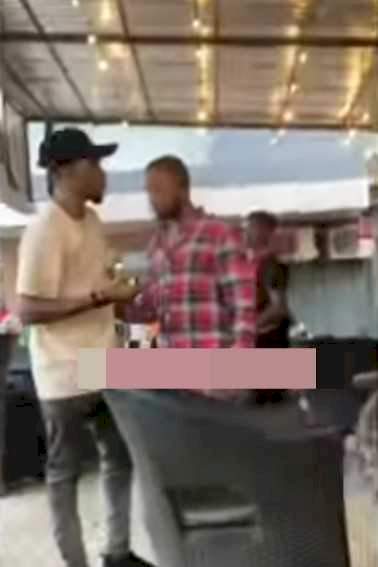 An altercation ensued at a bar in Ikotun, Lagos State, after a young man spotted his girlfriend wining and dining with another man.

A viral video depicting the scene shows when the man confronted the lady and her new partner.

“What are you doing here, Who is this guy!!,” the embattled man could be heard raising his voice.

@Makres, who reacted to the video posited: Why do you want to hurt him just few days to Valentine’s Day, women Sha.

@Fabbb: “Girls can never be satisfied for life, Let alone with one man”

Watch the Video Below